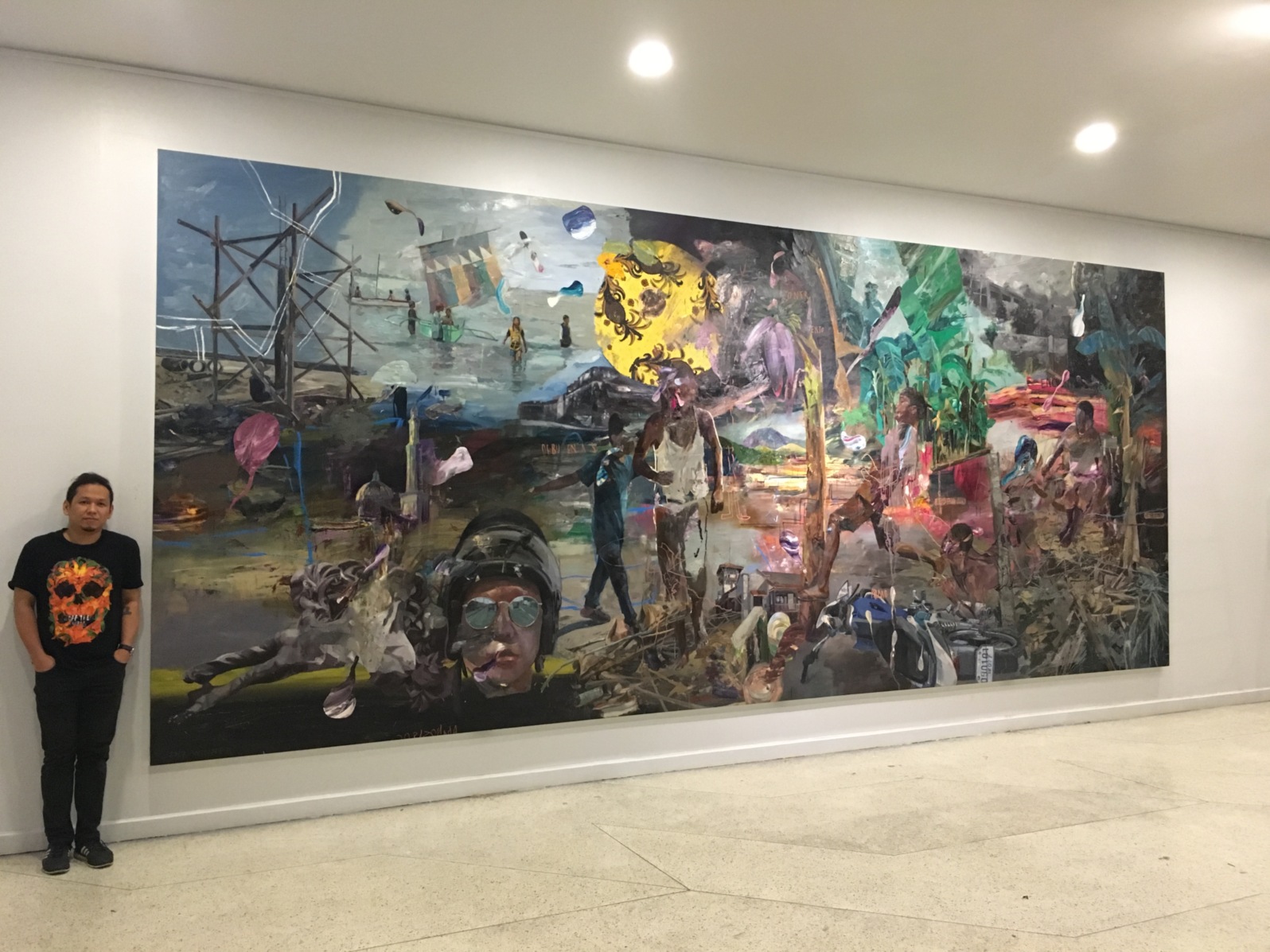 
Winner Jumalon is one of the most compelling and widely acclaimed Filipino artists of his generation. He is known for his ongoing exploration of personal, cultural and artistic identities, and often focuses on the relationships between painters, paintings and the art world. Infusing into his works implicit elements with strong subliminal context, Jumalon’s figurative style emotionally taps into the viewers’ subconscious. His portraiture is highly detailed, rugged, and brilliantly question the formation of identity itself. His use of the human figure bears such powerful qualities, speaking in deep context beyond their aesthetic sensibilities.