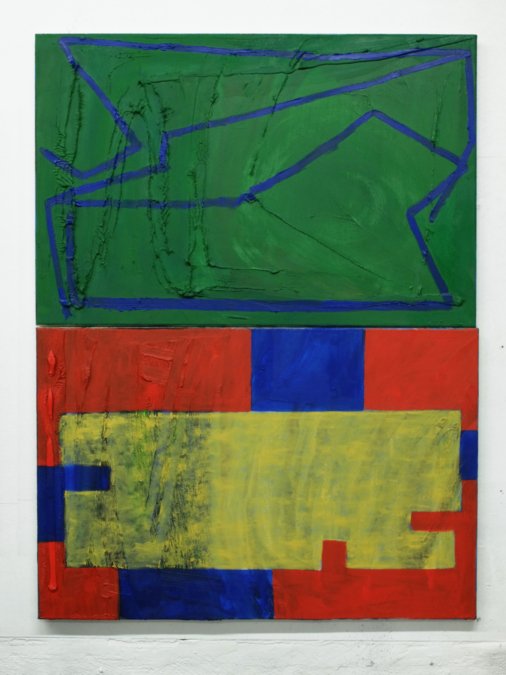 Education: Completed his MA in Painting at the Royal College of Art, London in 2013 and holds a diploma in Visual Communication from the University of Applied Sciences, Trier, Germany.


By adopting the trope of the journeying plein-air artist, Max Ruf articulates his movements and displacement through different natural environments to merge together the pressures of site with the material plasticity of paint. In this way, his paintings, objects and video works question whether to be understood as the backlog of a performative and enduring event or as the expression of our desire to reify our visual and sensorial experience. His gestural approach to the canvas is resonant with his movements correspondence to a moving landscape that is both natural and artificial as well as physical and symbolic.

Here you can find the Mousse Magazine review of Phtalo Green show.