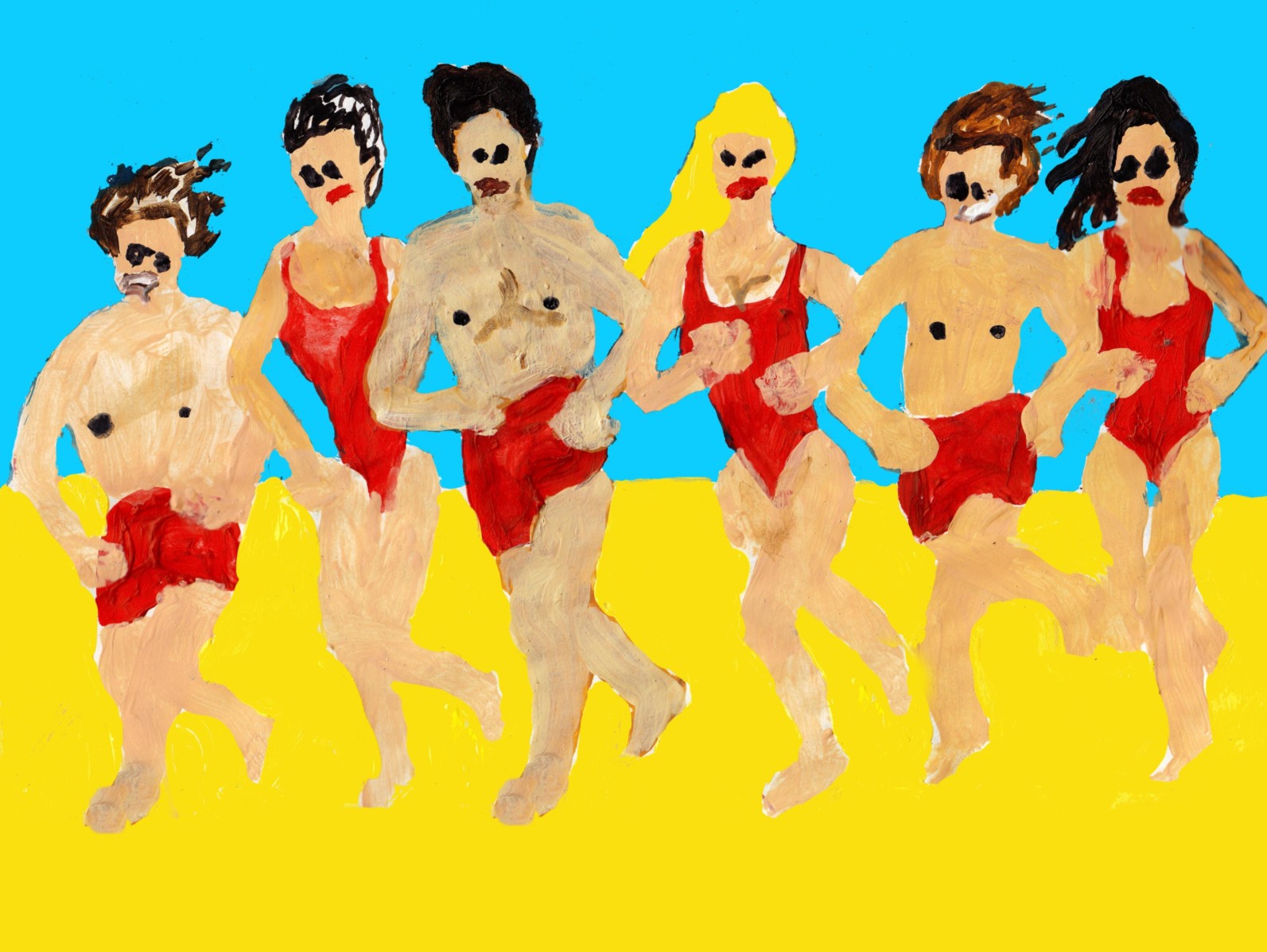 
Martina Vacheva is the recipient of the 2017 Baza Award in Bulgaria and belongs to the youngest generation of Bulgarian contemporary artists. Her practice is rooted in the fanzine culture and she uses various techniques in her artistic process such as collage, drawing and painting. Vacheva uses universal archetypes such as the hero, the rebel or the jester in her prints and paintings. Her world is populated by characters from popular culture such as Jabba the Hutt (Star Wars) and Kukeri, Bulgarian folkloric symbols that confront each other. The artist juxtaposes compositions from cult film scenes with Bulgarian traditions. American film protagonists and locals overlap by reproducing film cliché on the streets of the artist's hometown. Mitch from Baywatch is called to take on the role of a lifeguard next to the “singing fountains” in Plovdiv and Veselin Marinov and Kichka Budurova recreate scenes from the movie Titanic.

Martina Vacheva is the author of zines such as KOSH, Star Wars, and three editions of the series Serila Portraots presented in a solo exhibitions at Artnewscafe, Plovdiv, Bulgaria. She has participated in fanzine festivals such as Hip Hip Zine Fair, Bulgaria, 2015 and International Zine Fest, Istanbul, 2014.

Support: Martina Vacheva's residency is made possible with support from from The Trust for Mutual Understanding .