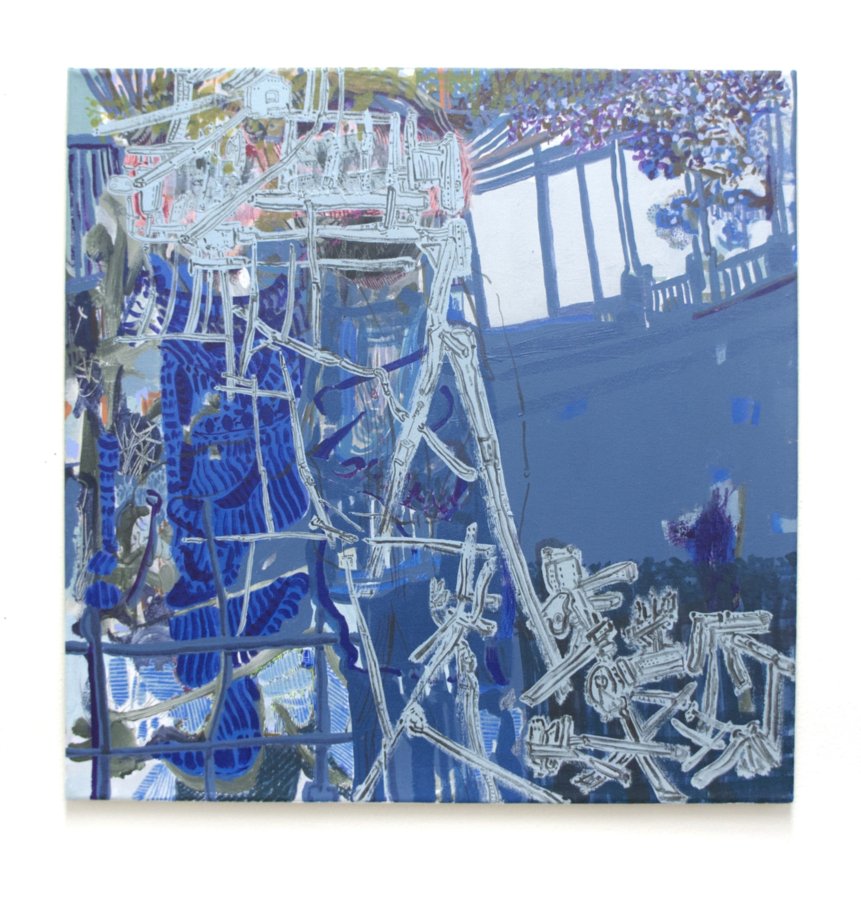 
Daniel Mantilla is the first artist to be selected for the Liquitex Cadmium-Free Research Residency at RU. Mantilla works from memory, direct observation, and from visual sources such as cartoon animation manuals, and booklets for assembling domestic or office workspaces.  He also studies the possibilities offered by the installation of large cut-outs that he places and rearranges on the wall, floor, hung from the ceiling or installed in windows.  From that investigation, he makes collages, prints, and paintings that are directly composed on a chosen support in an attempt to keep the work as a continuous process and to keep the directness from the large cut-outs.

Using diverse materials and a wide range of marking methods and depictive styles, Mantilla`s protagonists inherit the staccato energy of his line as restless activity. His cast of characters engage, observe, support, disrupt, love, hate and converse in environments suggestive of domestic spaces, urban settings, gardens and river banks. Spatial uncertainty prevails as attempts are made towards equilibrium using rickety structures and contraptions that also require some assistance. Mantilla remembers handmade scaffolds supporting precarious structures from his childhood in Bogota and Ibague, and discarded materials repurposed to buttress falling walls or patch bridges and houses.

These ad hoc solutions have become metaphors for his character`s efforts at communication and interpersonal relations. All is in flux, identities are unstable, things and events are in transition to uncertain destinations. Though dangers exist, there are no dull moments, and the overall tone of Mantilla`s scenes is one of adventure, resilience and surprise.  It is possible that inventiveness and imagination may, in the end, win the day.

Excerpt from Openings to Further Enclosures by Joel Carreiro, Curator.

Support: Daniel Mantilla's residency is made possible with support from Liquitex.