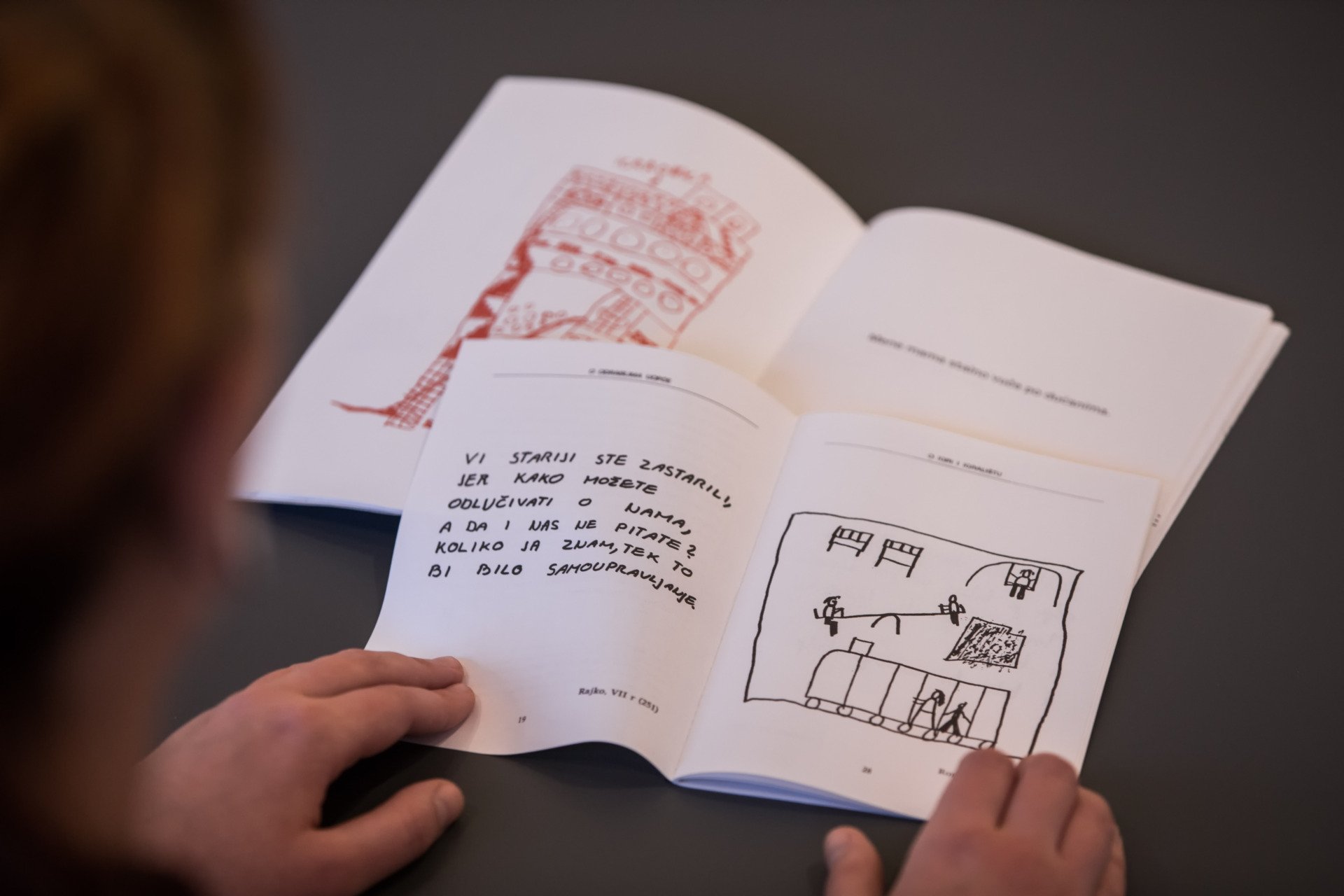 
Ana Kuzmanić is a Young Visual Artists Award (YVAA) recipient of the 2018 Radoslav Putar Award organized by Institute of Contemporary Art, an award for young artists from Croatia.

Ana’s work emerges from the interdisciplinary space of art and social practice. Her work actively problematizes everyday life, examines tensions between the individual and the social, politics and poetics, and seeks potentials for change. Her practice is based on research (archives, literature etc.) and collaborative work (children, students, librarians, neighbors, other present and non-present artists, etc.). In process of creation she uses dialogue as research method and as a tool for affirmation of participants and social relations, as well as for simulation of other realities. Several of Ana’s projects question collectivity, pedagogy, memory, ideological construction  of childhood. Employing a broad range of media such as public intervention, sound installation, artist books, print media, performance, and video, her work is often site-specific and time-specific.

Alongside own practice, she works with the international arts collective Eastern Surf which focuses on working with and within virtual environments and the mimicry of the digital within the physical. Ana is Associate Professor at the University in Split (Croatia).

Support: Ana Kuzmanić' residency is made possible with support from Trust for Mutual Understanding.