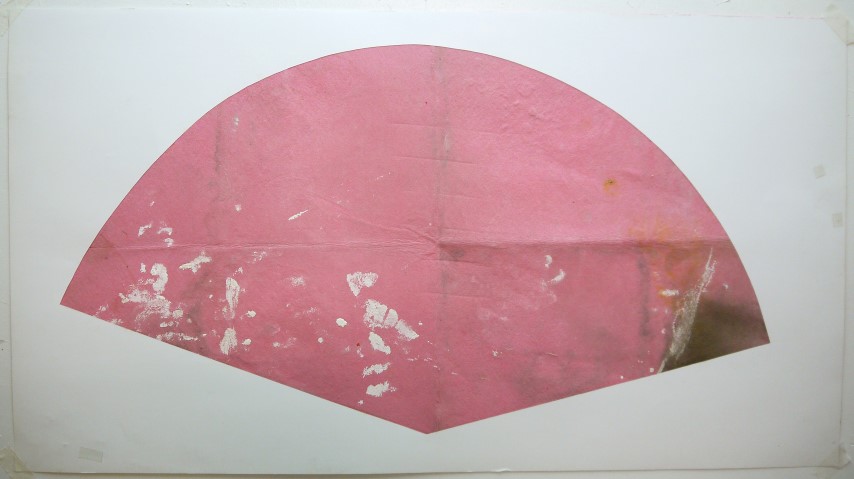 Alexandra Philips was selected for the 2017 Atelier Mondial Residency for New York City Artists. She will spend six months at Atelier Mondial, in Basel, Switzerland

It is this passion for materials—far more than the interest in what it is—that sets Phillips’ work apart from the narrative and anecdotal. Because Phillips is expressly not a creator of tableaux: “I’m not an image maker, illusion is not my thing.” She does reflect on the people who once felt desire for what now passes through her hands discarded—the wonder, sometimes with a dash of melancholy—but this never resurfaces in the work. Ultimately her art is meant to be concrete, to represent nothing other than what it is. Phillips works with the characteristics of her materials, but does not transform” them. These are characteristics that are so often overlooked, precisely because they may contain a certain degree of randomness, as they are unintended characteristics. Hard cardboard becomes soft when it ages, colorfast plastic fades, and rigid polystyrene eventually crumbles. Alexandra Phillips gives precisely that neglected a second chance, she revisits the obsolete. Because everything deserves “a day in court,” as she likes to put it. The cards are reshuffled, it is a “new round, new opportunities,” for the functional and the functionless, for the unnoticed, worn and discarded, for that which has acquired a new meaning, value and aesthetic with the passage of time.