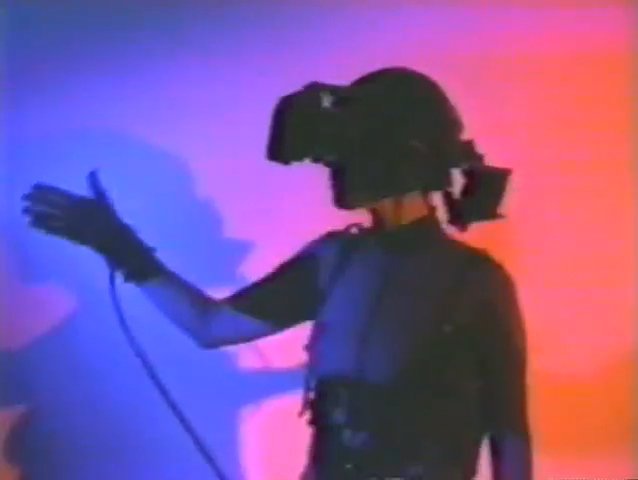 Click to play a video
of Virtual Corps Q&A 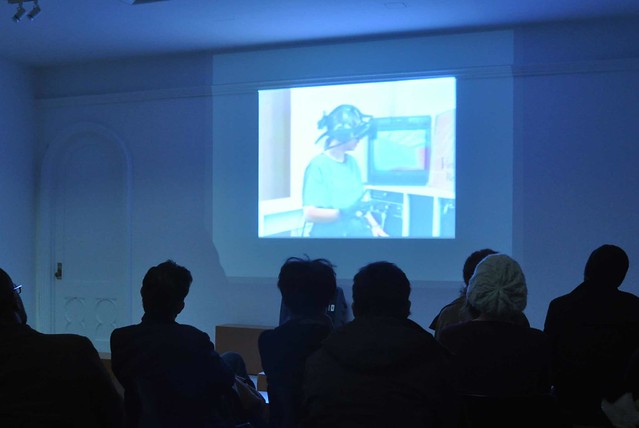 Virtual Corps grew out of an exquisite corpse approach, focusing on the relationships that develop between the works as one transitions into the next. The chosen works are varied explorations of the virtual which, when examined sequentially, reveal converging meanings. We begin by considering self-exploration at its most primal; recognizing one's body and its consequence in space. Movement in place is considered both in the traditional sense of virtual reality, as well as in the stasis of the mise-en-scène that foregrounds a webcam. These acts and performances in confined private spaces have broader implications that resonate in an exterior space, perhaps not physically, but virtually. In some cases, these movements take on symbolic effect as gestures that speak to one's cultural, political, and geographic context, and we begin to see how these contexts profoundly influence how we move. The reiteration of popular culture through private quotidian performances calls into question what inspires us to perform, communicate and share with the virtual community, in a way that is specific to its anonymous atmosphere. The works explore the hinterland between the act of defining one's individualism within the globally expansive culture industry, and recognizing that we are also products of it. The subjects seek self-discovery while mediating what it means to be both the same and different from the world outside of us, endeavoring to connect and communicate however remote and faceless their audience may be.

This program was curated in participation with the College Art Association’s ARTspace Media Lounge project.

Peggy Ahwesh, Alex Kalman, and Amie Siegel will be present at the screening for Q & A

RSVP by filling out this form: