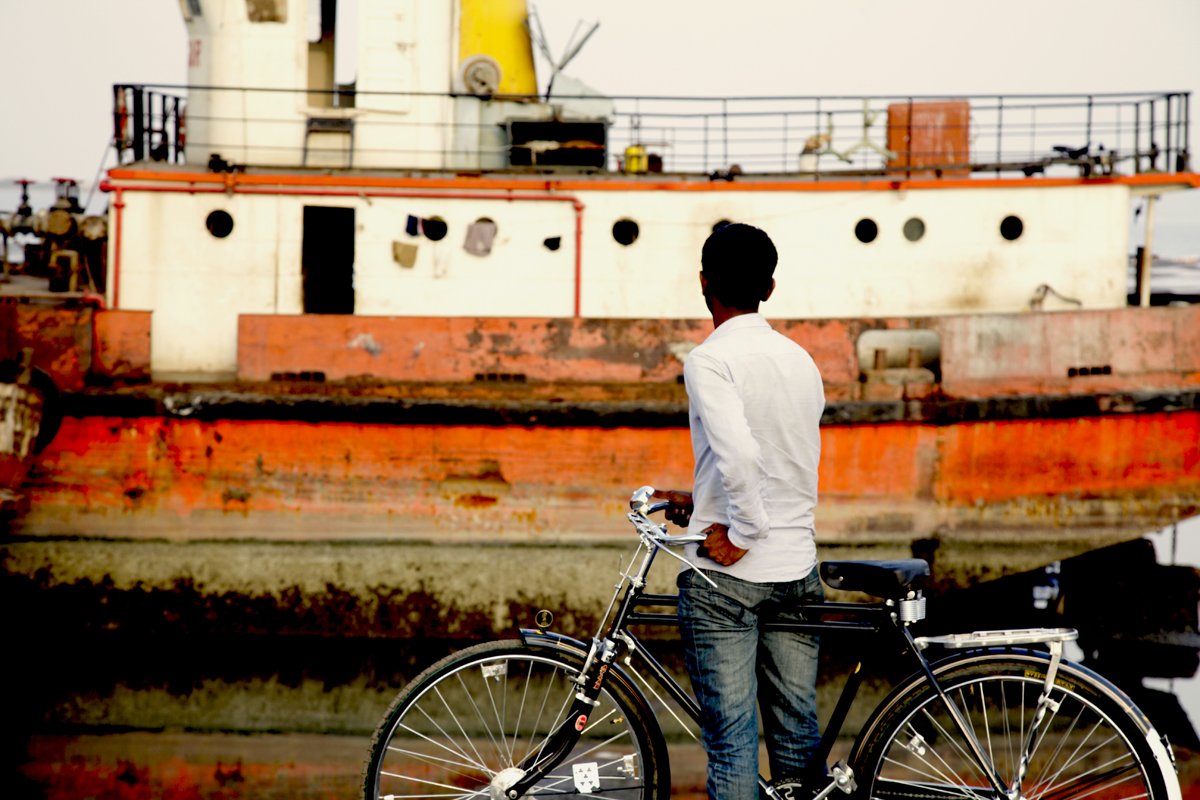 This evening is dedicated to the screening of «Music for (prepared) bicycles» (after John Cage & Marcel Duchamp) /
Part One : Bombay” (2012) followed by a conversation between the artist,  Brent Hayes Edwards, Professor in the Department of English and Comparative Literature at Columbia University, and Sumesh Sharma, Curator of Clark House Initiative Bombay

'a music made by everyone'
«Music for (prepared) bicycles» (after John Cage & Marcel Duchamp) / Part One : Bombay” is a participatory performance project in process by Caecilia Tripp Celebrating 100th Birthday of John Cage in the streets. Wanting to take Cage (who would have been 100 years old this year) to the streets, the artist finds ways to democratise the many makers, the conductor, the composer, the performer, the spectator, the on-looker, the bystander, the passer-by, as equals within her participatory score. To create her score, and a film, the artist made a sonic bicycle, like a moving instrument, spiked with electric guitar strings, capturing street sounds, and sounds of strings hitting playing cards, as it is performed trilling through places of affect within the city. This project in process alters Cage's “prepared piano” into seven sonic bicycle processions, a ”music of change” thriving through seven global metropoles as the bondage of a freed geography, beyond all boundaries.

The technique of the inserted playing cards translates John Cage’s 'prepared piano' (1938), on which he wrote many compositions, to the bicycle. Cage once said that the future of music was electronic sound. Caecilia Tripp's inspiration comes from Cage's writing, and she makes relation between these and the vernacular culture practiced and invented by teenagers in socially disregarded suburbs around theworld.

To begin «Music for (prepared) bicycles» in Bombay mingles further with John Cage’s entanglement with David Thoreau’s anarchistic Act and philosophy of Civil Disobedience which as well was inspiring Mahatma Gandhi and Martin Luther King, Jr. to call out for people’s power as a means of change.

”Since the theory of conventional music is a set of laws exclusively concerned with ’musical’ sounds, having nothing to say about noises, it had been clear from the beginning that what was needed was a music based on noise, on noise’s lawlessness. Having made such an anarchic music, we were able later to include in its performance even so-called musical sounds. - We need first of all a music in which not only are sounds just sounds, but in which people are just people, not subject, that is, to laws established by any one of them, even if he is ’the composer’ or ’the conductor.’ Finally we need a music which no longer prompts talk of audience participation, for in it the division between performers and audience no longer exists: a music made by everyone.”  (J. Cage) 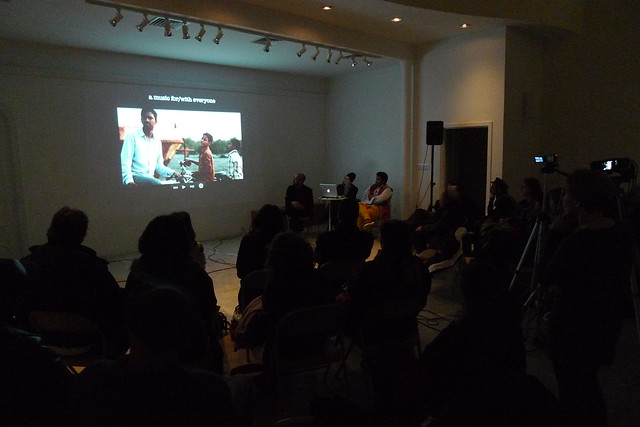 Bio: Brent Hayes Edwards is a Professor in the Department of English and Comparative Literature at Columbia University. He is the author of The Practice of Diaspora: Literature, Translation, and the Rise of Black Internationalism (Harvard University Press, 2003), which was awarded the John Hope Franklin Prize of the American Studies Association and the Gilbert Chinard Prize of the Society for French Historical Studies.

With Robert G. O’Meally and Farah Jasmine Griffin, he co-edited the collection Uptown Conversation: The New Jazz Studies (Columbia University Press, 2004). Since 2001, he has served as the co-editor of the journal Social Text. His book Epistrophies: Jazz and the Literary Imagination will be published by Harvard in 2011. His current projects include a translation of Michel Leiris’s L’Afrique fantôme and a cultural history of “loft jazz” in downtown New York in the 1970s.