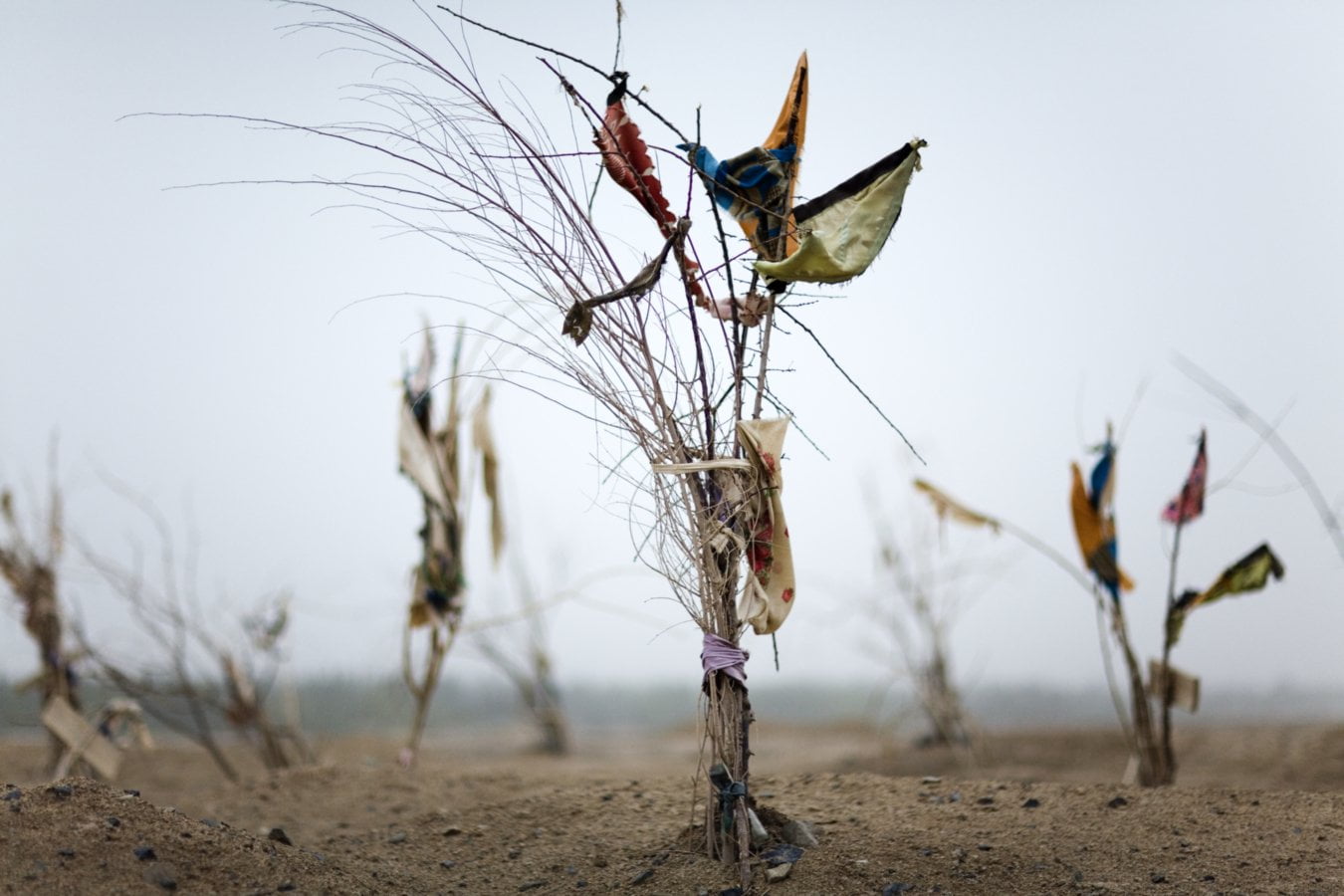 In this talk, artist Lisa Ross and curator Beth Citron will discuss Ross's recent exhibition of photographs at the Rubin Museum of Art "Living Shrines of Uyghur China,"
and her monograph of the same title published by Monacelli Press. They will present some of the key works on view at the Rubin Museum of Art, and screen one or two clips of Lisa's videos that accompany the series. Ross and Citron will discuss their collaboration on some of the strategies used to contextualize Ross's work at the Rubin Museum -- including an interactive pilgrimage that we created to give a sense of the social life and culture in the Uyghur Xinjiang Autonomous Region, and the development of Ross's book. They will discuss a tension that has emerged between looking at this work in relation to Uyghur China and/or as conceptually oriented contemporary art. Ross traveled regularly to Xinjiang for a decade as she developed this body of site-based work, which enabled her to build meaningful relationships that enriched her practice. These travels were also supplemented by short term formal residencies Ross has done in France and Azerbaijan, and she will discuss how both repeated visits to one region and short term residencies have informed her work. The talk will be followed by Q and A with the audience, and a book launch and signing with the artist.

About the speakers:
Beth Citron is an Assistant Curator at the Rubin Museum of Art, where she has organized a series of exhibitions on "Modernist Art from India," and “Living Shrines of Uyghur China,” featuring photography by New York-based artist Lisa Ross. She completed a Ph.D. on Contemporary Art in Bombay, 1965-1995 in the History of Art Department at the University of Pennsylvania in 2009. She has contributed to Artforum, ArtIndia, and other publications, and published "Bhupen Khakhar's 'Pop' in India, 1970-72" in the Summer 2012 issue of Art Journal.

Lisa Ross is a Brooklyn born artist and educator based in New York City. Her photographs, and video works have been part of numerous group and solo exhibitions in Europe, North Africa and the US. In 2012, the University of California, Berkeley sponsored an exhibition of her work and she had a residency in Baku, Azerbaijan made possible by a grant through The CICRP European Cultural Capital, Marseilles, France. Her book, Living Shrines of Uyghur China, was recently published by the Monacelli Press in February 2013.