Herb Tam, curator and director of exhibitions at the Museum of Chinese in America engages with the New York based Chinese artist and Tuo Wang for a special screening of a recent body of work realized in part during his residency at RU. Wang’s multidisciplinary practice is often balanced between performance and film. In his discussion with the artist, Herb Tam will review Wang’s process that combines interview, non-linear editing and research on literature and cinema to construct a maze of melodrama.

Herb Tam is the Curator and Director of Exhibitions at the Museum of Chinese in America. He recently co-curated “Waves of Identity: 35 Years of Archiving,” an exhibition that explored the construction of Chinese American identity through MOCA’s archival materials. In 2012, he curated “America through a Chinese Lens,” which surveyed photographs of America by contemporary artists and non-professional photographers of Chinese descent. Tam was previously the Associate Curator at Exit Art and the Acting Associate Curator at the Queens Museum of Art. Tam was born in Hong Kong and raised in the San Francisco Bay Area. He studied at San Jose State University and earned a masters in fine arts from the School of Visual Arts, New York. 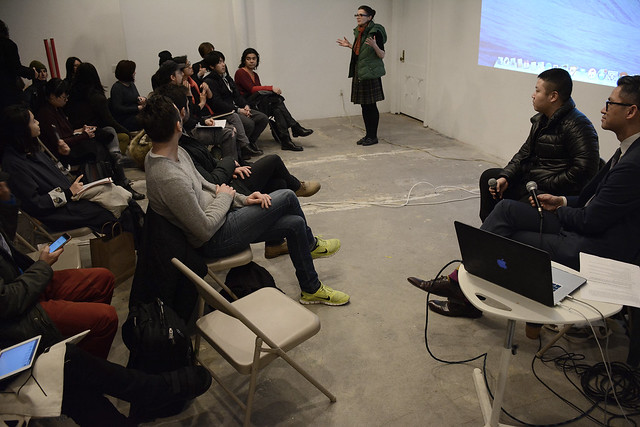