In this latest iteration, Hipólito systematically avoids a direct view of the subject. This in situ project shows the Abrons Arts Center grabbed in a poetic shape, displaying a pattern technique of geometrical disturbance thus revealing an intuitively true sight of a particular building.

The achievement of this effect is realized by collapsing the formal configuration of a singular space to stimulate a perception of the absent structure through the use of a mirroring technique. The intervals, the superposition of lights and effects yield an optical dream-like distance between the photographer and his subject. By circulating on the esplanade of AAC, Hipólito captures the reflections and reinserts the building within the building. He literally interplays with the invisible and ephemeral existence of the architectural object and points out a visual monument of silence that he tries to expunge.

The perceptiveness in Hipólito’s latest work is based on a singular knowledge of vision that broadens the meaning of performing in the city. reflex_01 enacts a new narrative scope within the city. By immobilizing details of the building, the artist imposes time suspended and marks a new temporal dimension of its existence. The concept of temporal addition is at the core of this concept. The display is organized in three levels: a large-scale photographic frieze is then assembled in a unique exemplar book edited by the artist and a live-recorded video which is projected on the wall. Hipólito challenges the exhibition format, increasing the meaning of these photographic impressions, of what remains from capturing these pieces of moment: a monument of urban silence that sacrifices the reality. 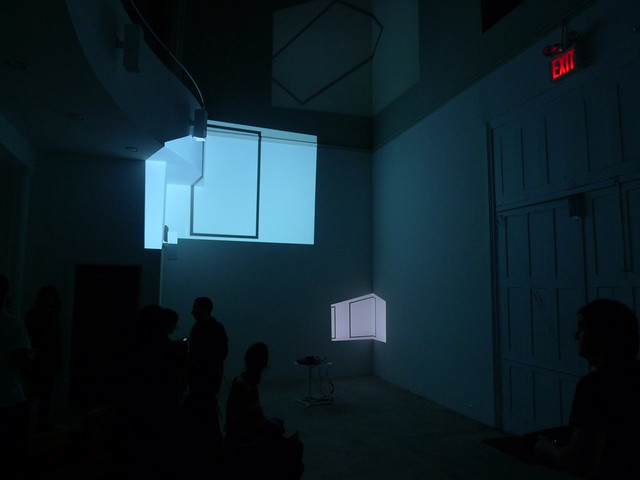 Sylvia Segura is a curatorial intern at Residency Unlimited, a nonprofit organization that explores innovative art residency formats and fosters customized residencies to support and advance the practices of local and international artists and curators. For more information please visit: http://www.residencyunlimited.org