The work of Virginia de Medeiros centers on documentary strategies, as a means to transgress mainstream accounts and to question the boundaries between reality and fiction. The artist deals with three themes within the field of art and documentary: dislocation, participation, and fabulation. Adapting documentary images and lived accounts, she employs the latter for subjective and conceptual use to revision the representation of reality and alterity. De Medeiros works primarily with video and audiovisual installations, always seeking to converge the language of art and media and expand the aesthetic and technological possibilities to engender new modes of expression.

The film “Sérgio e Simone” (2009/2014), a work selected for the 31st São Paulo Biennial (2014) and recipient of the ICCo residency award at the 18th Festival de Arte Contemporânea Videobrasil, documents the life of Simone, a transvestite who lived at the Ladeira da Montanha, in Salvador, capital of Bahia. Like most the residents of the borough, Simone was an avid drug user. However, after a crack overdose, she suffers a mystical delirium causing her to “find God” and circumvent death. From this episode onwards Simone abandons her identity as a transvestite, retakes her baptism name of Sérgio and becomes an avid evangelical preacher in a delirious quest to save humanity. 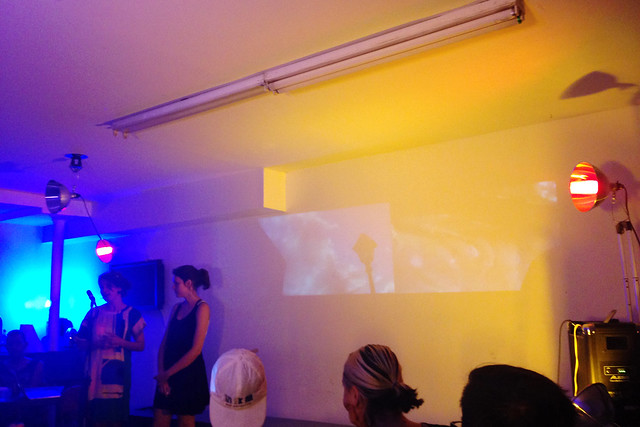