Born in Croatia and currently based in Paris (France), Renata Poljak will screen a selection of her recent video works and discuss her ongoing artistic interests together with Katherine Carl, Curator at the James Gallery, The Graduate Center CUNY (NY) and Zeljka Himbele Kozul, Independent Curator (New York).

Currently artist in residency with RU, Renata Poljak creates videos, films, photographs and installations that utilize poignant metaphorical images while speaking about most recent political, economic and social conditions, both in Croatia where she comes from and abroad. The artist investigates problems of transitional society; its transformation, social amnesia, disturbed values and lack of morality, wild urbanism and illegal construction. These social sketches employ elements of autobiography, storytelling, archival and documentary material; through their narratives they reflect on how ideologies, histories and political agendas are constructed and circulated, and contemplate on the notion of remembering and forgetting. Poljak portrays the state of generational uncertainty, tolerance of violence, or else feelings of futility and impossibility of making decisions- issues which can also be seen as a global phenomena. 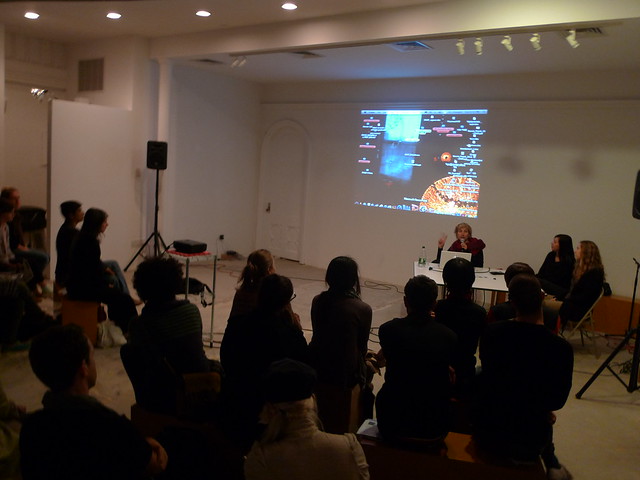 Renata Poljak is a visual artist coming from Split, Croatia, currently living in Paris. Her body of work is composed of different medias : photos, neon, installation, videos and film. Her practice explores the politic upheaval and violence that the Balkan region has undergone since the early 1990s, and the ramifications of those changes in the lives of émigrés throughout Western Europe.In 2002 she was on ArtsLink award as visiting artist in San Francisco Art Institute, in Museum Quartier, Vienna in 2004 and in 2008 she has been selected for Art In General residency program in New York and in ArtOmi for 2010. Renata’s work has been exhibited wildly, on solo or group shows, biennales and film festivals. She received several awards among witch the Golden Black Box Award for Best Short Film at the Black Box Festival in Berlin 2006 and in the spring of 2010. A selection of her videos and film work were exhibited in Centre Georges Pompidou, Paris.