Christiaan Bastiaans, Still from the "Your Attitude has Changed" series, 2015

In his review of Christiaan Bastiaans’ solo exhibition in 2010 at the Kroller – Muller Museum, Paul Laster describes how the Dutch artist "makes multilayered, metaphorical works of art that investigate extremes of the human condition in a variety of mediums".  Tonight’s discussion at RU will focus on Bastiaans' artistic practice within psychiatric settings and most recently his working process at Kings County Hospital Center. Fostered by the Beautiful Distress Foundation (BD) with support from RU in New York, this residency initiative aims to de-stigmatize mental illness through artistic initiative in psychiatric settings. Guest speakers will include Paul Laster (writer and critic), Wilco Tuinebreijer , founder of Beautiful Distress and Carlos Rodriguez Perez, Director of the Wellness and Recovery Division at the Behavioral Health Service, KCHC.

"At the Behavioral Health Center, I produced notebooks with ideas and moodboards shaped as a film/live performance plan in progress.  Furthermore, I developed a radioplay- and a filmscript, that in its further processing, such as working withprofessional actors, will be integrated in an interdisciplinary presentation…I used the KCH’s mental illness environment as the catalyst for the projects’s development. The environment is synonymous for a form of cross-pollination, a kind of synergy between all these elements, which resides in the soul of the inner structure of the artist-in-residence project and in the teamwork of the medical staff. The level of specialised support by KCH’s staff members have been centrifugal in the project’s progression." - Christiaan Bastiaans.

Bios:
Paul Laster is a writer, editor, independent curator, artist, and lecturer. He is a New York desk editor at ArtAsiaPacific and a contributing editorat FLATT Magazine and ArtBahrain. He was the founding editor of Artkrush.com and Artspace.com; started The Daily Beast's art section;and was art editor of Flavorpill.com and Russell Simmons OneWorld magazine. He is a frequent contributor to Time Out New York, Art in America, Modern Painters, ArtPulse, Flash Art, Newsweek, Bomb Magazine, ArtInfo.com, TheDailyBeast.com.

Carlos Rodriguez Perez is the Director of the Wellness and Recovery Division at the Behavioral Health Service, Kings County Hospital Center in Brooklyn. Carlos is a graduate from the NYU Drama Therapy program, and has been working as a Creative Arts Therapist in psychiatry for 21 years. He served at the board of the North American Drama Therapy Association (Treasurer and President), as well as the National Coalition of Creative Arts Therapies Association.

Wilco Tuinebreijer is the founder of the Beautiful Distress initiative and a psychiatrist working in social and urban psychiatry in Amsterdam. He is medical director of the mental health department at the municipal health service Amsterdam. (GGD) 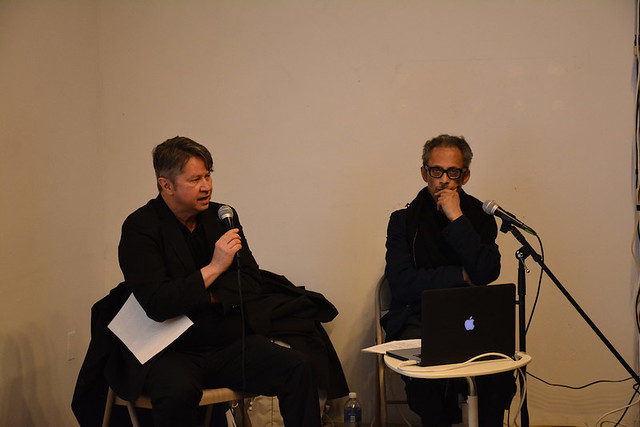