BODY OF WORK – a solo exhibition of works by Karol Radziszewski 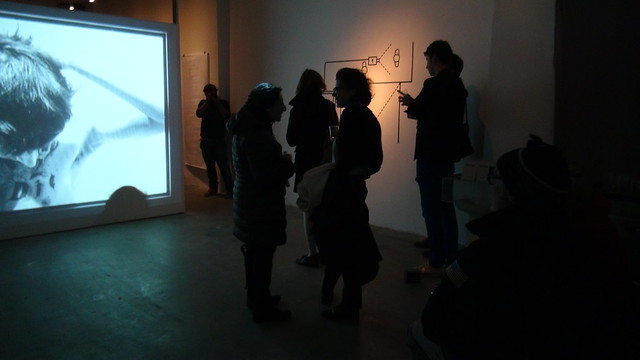 With the support of Residency Unlimited and the Polish Cultural Institute, Splatterpool is delighted to feature Body of Work, the first solo exhibition in the United States by the artist Karol Radziszewski. Body of Work is comprised of the videos Ready 2 Die (2009) and Backstage (2011).

Karol Radziszewski defines himself as a conceptual artist. His non media specific practice is shaped by the manipulation of the viewer to succumb to varying aesthetic constructs devised by the artist to play with the notion of “what constitutes art.”

One such construct is Radziszewski’s use and representation of the male body. Ready 2 Die (2009) and Backstage (2011) are manifestations of his captive attention to the concept of masculinity in contemporary culture. In both videos Radziszewski makes fantasies come true as he objectifies and sensually peeps through the camera lens. The artist captures his models/actors tenderly on camera as he directs them whilst never being intimate with his subjects.

Ready 2 Die is a black and white record of a video performance undertaken in the Muzeum Sztuki in Lodz (Poland). Its structure recalls the conventions of conceptual art, performance and body art of the 70s. Radziszewski frames what the viewer can see by imposing his point of view and playing with multiple cameras. Questioning the concept of performance art, the artist sums this work as an ambiguous action of conscious voyeurism and “dressing” a naked male body in art.

Filmed inside an art gallery, Backstage is a collaboration between Radziszewski and a group of young men who responded to an ad soliciting their participation. During each casting session, Radziszewski questions his subjects on the topics of shame, exhibitionism and voyeurism. This work not only provides a reexamination of the art historical difference between appearing naked and posing nude but also examines how people rationalize being without clothes in an art venue versus a public space. To break down mental barriers and overcome embarrassment, Radziszewski asks his models to gradually take off their clothes over the course of the session, and to his surprise many are ready to engage willingly for the sake of art.

Bio: Karol Radziszewski (b. 1980) lives and works in Warsaw (Poland) where he received his MFA from the Academy of Fine Arts in 2004. He works with photography, video, film, installations and creates interdisciplinary projects. His practice extends to magazines, artist books, fashion as well as curatorial concept projects.

Karol’s most recent curatorial concept project is the exhibition Heal The World at the Muzeum Sztuki in Lodz.

Karol Radziszewski’s residency is made possible within the framework of the Residency Unlimited /Flux Factory partnership in cooperation with the Polish Cultural Institute, New York. We also thank a-i-r laboratory/CCA Ujazdowski Castle for supporting this initiative. We are grateful to Splatterpool for inviting the artist for his first solo show in the USA. This exhibition is also made possible in part by the New York State Council on the Arts with the support of Governor Andrew Cuomo and the New York State Legislature.