Residency Unlimited and Cuchifritos Gallery + Project Space are pleased to present Afterimage, a month-long generative project by Taiwanese artists YinHua Chu and Tai-Wei Huang. Taking process as a central subject, Chu and Huang will use the gallery for both exhibition and studio, creating an ever-changing workspace in order to consider the visual resonance of an image, place or narrative once it has ceased to exist.

Throughout the exhibition, Chu will collect discarded materials from the market vendors, bringing them into the gallery to construct the setting and scenario of “non-place,” a transient site between destinations. Using photography to dislocate the collected object from a sense of time or origin, Chu’s surreal vignettes will transform the everyday into a moment abstracted from reality, coaxing the viewer’s experience of perception to the space between foreign and familiar.

Working daily, Huang will assemble an evolving installation layered with painting, drawing, video, collage, and three-dimensional frames. An extension of his ongoing practice, this composite will reflect and respond to Huang’s own encounters within the space, blending together the fragments of his observations, and the impressions left by his experience. Building on this palimpsest, Huang will experiment with the notion of the “missing artwork”—the imprint of an image once it has been removed—by painting vendors and visitors to the market and then cutting them from the picture, leaving only the frames.

By creating a transparent workspace, both artists give form to the intersection of the real and imaginary, threading new narratives with the impression of fragments collected over time.

This exhibition is presented in collaboration with Artists Alliance Inc. We are grateful to the Ministry of Culture, R.O.C.(Taiwan) for supporting the residencies of both Ta-Wei Huang and Yinhua Chu at Residency Unlimited and Artists Alliance Inc.
This program is supported, in part, by public funds from the New York City Department of Cultural Affairs in partnership with the City Council.

About the curator: Jodi Waynberg is the Executive Director of Artists Alliance Inc in New York City. Since joining AAI in 2012, Waynberg has curated several group and solo exhibitions including Liminal Inversions (Residency Unlimited, 2012), Philip Emde Destroyed My Life (Cuchifritos Gallery, 2013), The Real Estate Show, What Next: 2014 (Cuchifritos Gallery, 2014) and the forthcoming Little Gloating Eve (NYC and Milan 2014). Before joining AAI, Waynberg worked as Assistant Curator at the Contemporary Jewish Museum in San Francisco, where she curated and worked on numerous exhibitions including Chagall and the Artists of the Russian Jewish Theater, 1919-1949 and Maira Kalman: Various Illuminations (of a Crazy World). She has served as a visiting critic at Residency Unlimited, The Wassaic Project, and the Hunter College MFA Program. Waynberg graduated Phi Beta Kappa from the University of California, Santa Cruz with a BA in art history, earning honors for her thesis Judgement’s Consumption: De-flective Judgement and Thomas Struth’s Museum Photographs series. 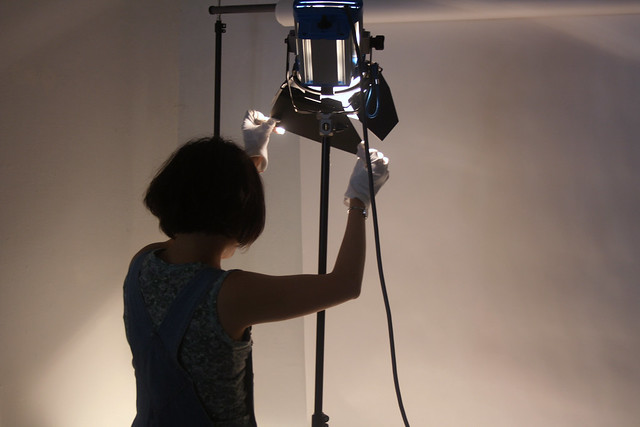