A Talk Between Fabio Marco Pirovino and Maud Jacquin 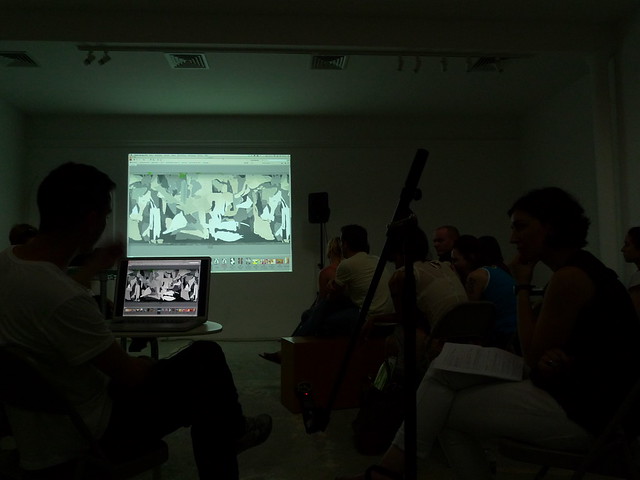 This conversation will center on Fabio’s most recent body of work which draws on his interest in the golden ratio and was produced during his residency at RU. It will also touch upon issues that have permeated his work such as the violence of formal systems, his relationship to modernism, the role of stupidity and cognitive errors etc.

Bios: Fabio Pirovino (b.1980) lives and works in Basel and Zürich, Switzerland. In 2007, he graduated from the Photography Department of the Zurich University of the Arts (ZHdK) and was awarded the travel prize of the Basler Kunstverein/Regionale 10 at KunsthalleBasel. In 2010, he received the ZKB Kunstpreis (jurors: Rein Wolfs, Beatrix Rufs, Eva Birkenstock). Whether producing murals, photographs, drawings, water colors, or sculptures, Fabio consistently explores the different formal possibilities that each material he uses might take and creates new compositions using variation and reduction. The digital process is never concealed, and the interfaces of the photographic “collages” remain visible – as was the case with his large mural, Razzle Dazzle (PPG), which was realized on the back wall of the Kunsthalle Basel in the summer of 2010. This work points to the symbolic significance of Guernica as a politicised and much-reproduced painting, and also considers the power of images, their utilization, and instrumentalization today.

Maud Jacquin has recently joined Residency Unlimited as a part time associate curator. She is currently completing a PhD at University College London on the politics of narrative in women artists’ film and video.